BRITISH racing drivers have been reaping the glory while, behind the scenes, motorsport employers faced a skills crisis, specialist awarding organisation EAL has said.

A partnership between EAL, The National College for Motorsport and the Motorsport Industry Association (MIA) will safeguard the progression of apprentices and other learners at key British motorsport businesses.

The £9bn UK motorsport industry has, to date, largely qualified its new technician talent with unrelated qualifications based on the retail car sector – but now specialist vocational awards have been launched to plug the skills gap. 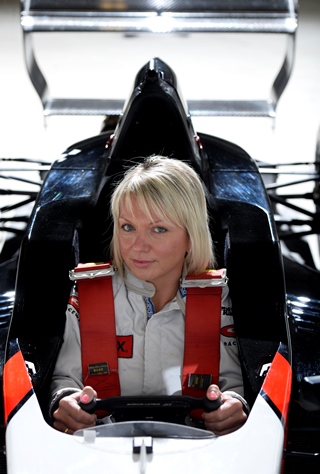 Julia Chippendale (pictured above), Managing Director of EAL, said: “While Britain’s racing drivers and teams enjoyed another great season at the Formula One World Championship, World Rally Championship and Grand Prix motorcycle racing, among other key motorsport events, behind the scenes the talent pipeline of race technicians was straining under the industry’s accelerating success.

“Working with the National College of Motorsport and the MIA, we identified a crucial gap in provision in the motorsport industry. In partnership with employers, we have developed bespoke, nationally accredited qualifications to secure the skills pipeline and help thousands of learners enter into this exciting industry.”

Chris Aylett is Chief Executive of the MIA, which represents the industry of over 4000 companies, employing 40,000 people in the UK. He said: “Qualifications previously tended to derive from unrelated awards created for the retail motor vehicle sector – not our world-beating £9bn UK motorsport industry. These qualifications did not resemble work being carried out by race and rally technicians and mechanics, and so persistently fell short of the expectations of employers in our sector.”

Jim Harrod, Head of School at the National College for Motorsport, added: “Without credible qualifications designed to meet the needs of the motorsport industry, it will be difficult to expand our provision at Silverstone to provide good progression for students into this demanding sector. I feel it is crucial a credible pathway for race technician training is forged to ensure that learners wishing to follow this exciting career can do so.”

EAL, which awards qualifications in the engineering and manufacturing sector, has developed two Vocationally Related Qualifications (VRQs) specifically for the motorsport industry: