Sadie Hawkins is officially the best in Britain after being crowned EAL Advanced Apprentice of the Year 2013.

She was recognised for her achievements at the National Apprenticeship Awards hosted by the first winner of the BBC’s Apprentice programme Tim Campbell MBE. 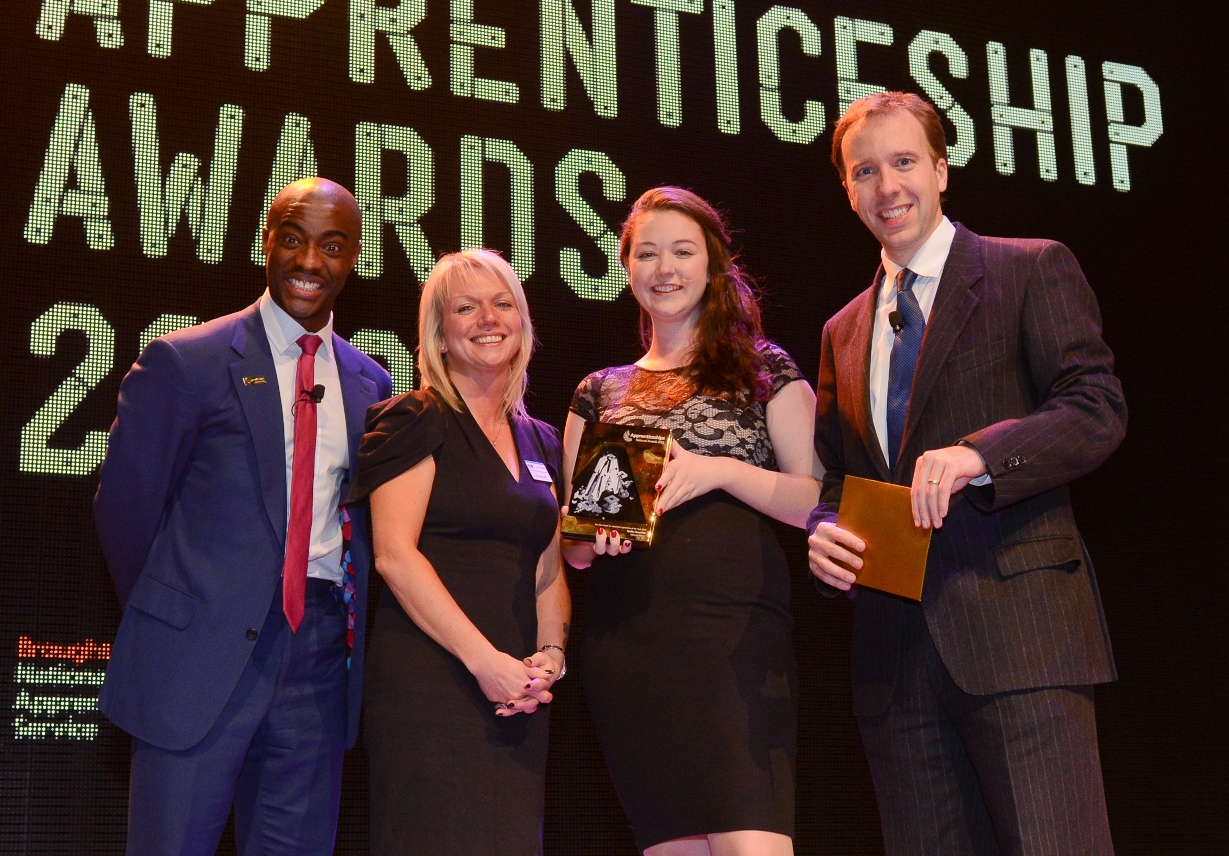 Sadie, from Winchester, said: “I am ecstatic and it is a huge honour to win. I would encourage any young person – boys and girls – to consider an apprenticeship as an option. It has given me a unique opportunity to work towards a fulfilling career. I aim to use this success to inspire others and to continue my development and desire to learn.”

Sadie left Park House School in Newbury Berkshire with A levels in IT, English Literature and Psychology and A/S levels in History and Business Studies.

She is in the second year of a three-year apprenticeship and is already handling a multi-million budget as an IBM project manager for a major telecoms client.

Julia Chippendale, Managing Director of EAL, the specialist awarding organisation for industry qualifications, and a member of the judging panel, said: “Sadie was the stand out winner among a list of very impressive young candidates. It is testament to her hard work and dedication that she has been acknowledged in these prestigious awards.

“At EAL, we are ideally placed to understand the importance of apprentices to the future of the economy, and it is vital that we acknowledge such outstanding talent, to inspire potential future winners and showcase the best of British apprentices.”

Once Sadie has completed her apprenticeship she aims to develop her career with IBM and encourage others to follow in her footstep.

“Joining the IBM Apprenticeship programme is the best decision I have ever made,” she said. “It has been a truly life changing experience. The support I have had from colleagues has been fantastic.

“The past year has been extraordinary. From delivering a multi-million pound project to meeting IBMs CEO, Ginni Rometty, I can safely say I’ve enjoyed every moment of it.

“I truly believe that university isn’t the only pathway to success and that if you challenge yourself, the possibilities are endless.

“I am very grateful to IBM for the opportunities and to EAL for this award. I am thrilled to be Advanced Apprentice of the Year.”

Skills and Enterprise Minister, Matthew Hancock MP said: “Apprenticeships deliver for employers, young people, adults and the economy.  I congratulate the winners and finalists at the National Apprenticeship Awards.

“They represent the very best of employers and apprentices in this country and set a hugely positive example for other individuals and organisations to follow.

“I want a system that works for businesses as well as learners. These awards demonstrate this and I am pleased to see so many learners, businesses and partners showing their commitment to Apprenticeships."