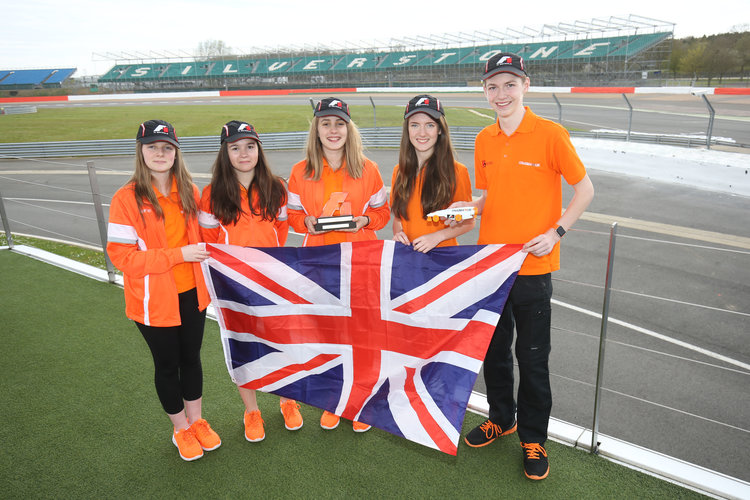 Budding designers, engineers and technicians are on the starting grid for a rewarding career having battled it out at the Silverstone circuit last week – thanks to specialist industry awarding organisation EAL.

The youngsters, who reached the UK finals of the F1 in Schools competition, are on track to earn a qualification, which counts towards professional requirements.

EAL, which is the leading engineering awarding organisation, has teamed up with the replica-racing outfit, which inspires pupils to create ultra efficient aerodynamic models to race against the clock.

The company had a raft of executives and advisors at the circuit to deliver seminars and advice to teaching staff and pupils.

All participants are eligible to register for the EAL Level 1 Foundation Certificate in Engineering or an EAL Certificate of Achievement which make up part of a whole raft of EAL qualifications available for school pupils.

The move is seen as an important milestone in the bid to persuade many more youngsters to study STEM subjects, become engineers – and close the ‘skills gap’.

John Clark, EAL Product & Services Manager said the Silverstone Finals could prove to be a pivotal moment in the development of the project.

“These youngsters were terrific, “said John.

“We got the chance to see just how able, inspired and dedicated they have become - and talk to teachers about harnessing their abilities and enthusiasm to set them on the right path to a rewarding career.” Said John.

Julia Chippendale, Managing Director of EAL said: “It’s fantastic that we can utilise the adrenalin fuelled excitement of Formula 1 to show school pupils just how fulfilling a career in engineering can be.

“This is exactly the type of initiative that the nation needs in its bid to fill the skills gap and continue on a path to growth and prosperity.

“EAL is proud to be pioneering a project that gets new vocational pathways to work directly in to the classroom.”

Among the awards John presented to the winners were: