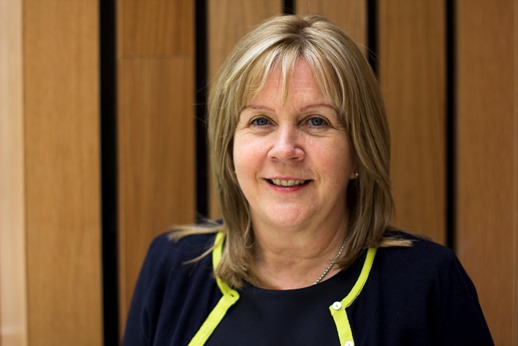 The sector led group will ensure data requirements remain open and transparent, working closely with the sector and Local Enterprise Partnerships (LEPs) on maximising the use of information and data and also ensuring that current systems remain fit for purpose.

The group will sit alongside established sector-led groups – including the Funding External Technical Advisory Group and the Qualifications Advisory Group.

Dawn said: “I am delighted to take up the position of Chair of this Advisory Group, which will be significant to the sector. I am also pleased to support the Agency’s commitment to making data and information more transparent.”

Dawn became a Non-Executive Director of EAL, the specialist awarding organisation for industry qualifications, in 2009. She was awarded her OBE in 2007 for her services to education and skills training.

Having already held a number of senior positions within further education, she joined Burton and South Derbyshire College in 2008 – the same year she was awarded Principal of the Year from the Centre for Excellence in Leadership (CEL).

Dawn has also recently been awarded Fellowship of the City and Guilds of London Institute and is a council member of the Greater Birmingham Chambers of Commerce, Past President of Burton and District Chamber of Commerce, sits on the D2N2 Commissioning Board, is Deputy Chair of AoC India and Chair of NIACE's FE advisory group.

Among her other accomplishments, Dawn received the Prince Philip Medal Highly Commended Award for her professional achievements.