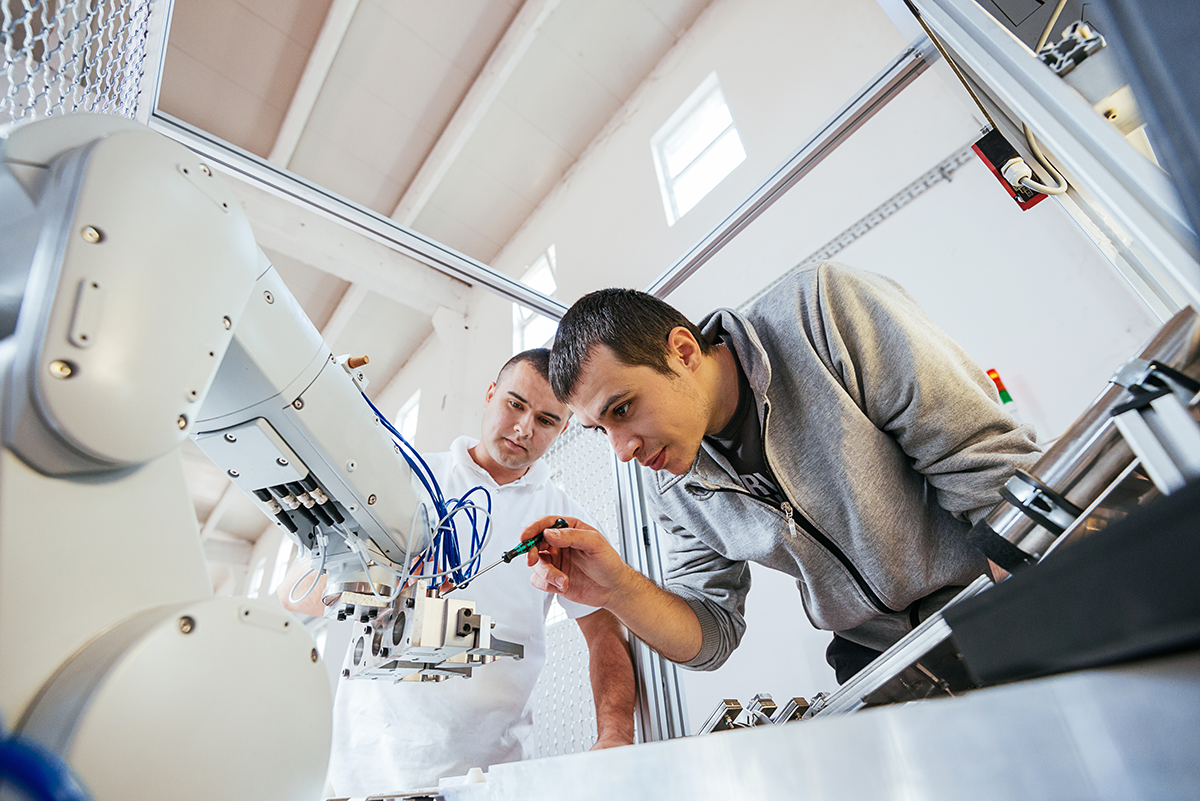 Qualifications remain the assured way to prove the competence of those meeting our country’s skills needs, and we know from our history of serving the needs of the engineering and manufacturing sector just how much employers value them. The accumulation of goods at our ports and the increasing pace of digitalisation (in engineering, manufacturing and elsewhere) may seem like very different issues, but the thing they have in common is the need to grow our skills base – and therefore the need for industry-backed qualifications.

The challenges currently facing British ports cannot have escaped your attention. The number of shipping containers that haven’t been processed continues to rise as companies look to stockpile goods ahead of the end of the Brexit transition period in anticipation of difficulties from January 1st onwards. There is an obvious need for more people to handle the amount of goods accumulating in our ports, and where there’s a need for people to carry out a task there’s a need for them to have the right skills.

The skills shortages facing our ports are not a new phenomenon, however, and ports have been forced to look further afield than ever before in order to find the people they need. With recognised, industry-backed qualifications in place, they should be more able to grow their local skills base. The recent government approval of the full funding of EAL Level 2 (GCSE equivalent) Stevedoring Essentialsqualifications is a recognition of the critical importance of these skills to the country’s wider wellbeing, as well as the potential a career in our ports can offer. With the Brexit transition period ending at midnight on January 1st and new arrangements for the handling of imports set to be introduced from that time, having a competent workforce is critical to securing our nation’s supply chains.

It’s doubly important that the ports are able to attract the necessary talent as failure to do so will have a significant impact on sectors of the economy, such as manufacturing, which rely on a trustworthy supply of imported raw materials, components and goods. Just-in-time manufacturing only works if things actually turn up in time, and when they don’t, as we’ve seen at Honda’s Swindon plant, manufacturers have no choice but to suspend work.

The long-term shift in manufacturing and engineering is towards greater automation and robotisation of tasks that humans carry out. While the need for humans to carry out some (often relatively physically taxing) tasks will be removed by the adoption of new technologies, however, opportunities will be created for humans to carry out work elsewhere. People will be needed to program and maintain the robots, and people will be needed to ensure that automated processes are properly optimised.

The skills mix needed to run the Industry 4.0 factory of the future will be different to that needed in the factory of today, and we need to start training the workforce now in readiness for the changes that are coming. The EAL Robotics and Automation Level 3 (A Level equivalent) qualification – the only one of its kind – has been confirmed as one of the high-value qualifications which are eligible for 18-19 year olds to study with full government funding. Regardless of what happens post-Brexit transition, that shift in industry is happening; a teenager taking that qualification now is setting themselves up for a fruitful career in which their skills are much in demand.

Two very different EAL qualifications, both serving crucial skills needs. Both only provided by EAL and both now available for our country’s young people to choose as they look to start their careers in this most tumultuous and disruptive of years. Whatever 2021 may bring following our departure from the European Union, EAL is ready to do what it does best: providing the high-quality qualifications which meet the needs of employers so that UK industry remains at the cutting edge in the years to come. Call it an early New Year’s Resolution. Merry Christmas!

RT @Enginuity_Org: We’re #hiring! We have a great opportunity for a Head of Governance and Assurance to support our Executive Leadership Te…

@Sam_SCQF Thanks, @Sam_SCQF. It's an important qualification and we're proud to offer it.